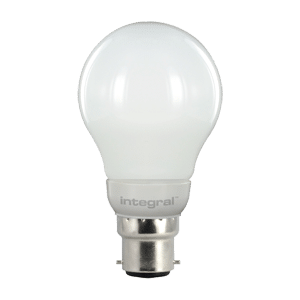 We are only just at the end of February and already 2014 is shaping up to be an interesting new with many new low energy lighting options and don’t forget to use your discount code to make further savings on these amazing new products!

Actually, ‘shaping up’ is a good phrase to start with as one of the biggest changes so far are new energy saving LED bulbs which are almost indistinguishable from the incandescent bulbs they replace.  We’d go as far to say that if you know somebody who doesn’t like the look of low energy bulbs, you could replace the bulbs in their house with these and they wouldn’t even notice – apart from in the amount that their electricity bulb reduces! These new bulbs are LED bulbs which use very little power and are brighter than the incandescent bulbs they replace.  Of course, LED bulbs also start-up instantly (there is no warm-up time with an LED bulb) and they are also a warm white colour (not a blue-white associated with LEDs a number of years ago) – what’s not to like!

These ‘omni’ lamps (the name given to them by the manufacturer, Integral) are available in bayonet (BC) or edison screw (ES) cap in standard GLS / round / light bulb shape and also in a candle shape (bayonet and small screw caps). For more details and current prices, please visit the product page for these bulbs but in our calculations you could be saving up to £10 per year per bulb that you change to LED – see our energy saving calculator for more details of the savings you can make. Halogen G4 (low voltage, 12v) and G9 (mains voltage, 230v) capsules get very hot – that is why they don’t have a long life-span.  A large amount of heat in a small area means that they need replacing often.  Replacing them can also be fiddly as you can’t touch a halogen capsule when installing it – the natural oils from your fingers would create a hot-spot on the bulb making it die even quicker.

We are therefore very pleased by the new LED G4 and G9 capsules.  These silicon-coated capsules can be touched when you install them – and if you drop one they even bounce!  They are much smaller than many other LED versions you may have seen – in fact they are now the same size as the halogens they replace. This year we also now have LED GU10 bulbs for under £4.  They are only 4w, have a completely flat front, and wide beam angle – install these in your recessed downlights and I doubt anybody will realise you are using LED bulbs.

There is also a brighter 5.3w version from the same company with an anti-glare lens for £5.24:

These prices are hard to beat – and each bulb you change could save you more than £7 per year!

When only the classic-look will do If you have a fitting that only looks good when using an old-school filament lamp then we do also have a range of bulbs to make your fittings stand out.  They aren’t low energy, but sometimes its the best option for your decorative lantern.

They are often called Rustika, squirrel cage, imitation carbon amongst other names and they are available in bayonet and screw caps in 40w and 60w. Keep up with the latest

If you have any questions about what the best option is for your house, please get in touch and make sure you keep in touch with My Green Lighting on Twitter or Facebook.