The most obvious benefit to installing a ceiling fan in your room will be air circulation during hot summer days. Moving air always feels cooler than still air even if it's not actually a different temperature. 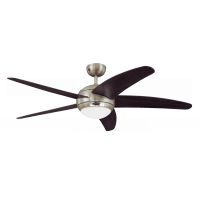 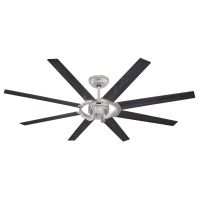 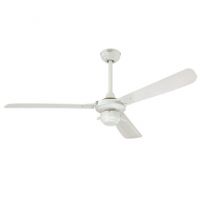 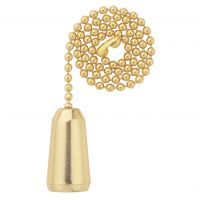 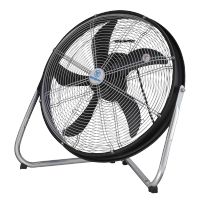 There are a few less obvious bonus features of a ceiling fan. In the winter when your heating is working, a ceiling fan will help to circulate the warm air that collects at the ceiling. This will make the room feel warmer everywhere, rather than just at the ceiling, so your central heating has to do less work. Less heating is more money in your pocket.

Ceiling fans are not only stylish, but functional.

During the summer months keep your home cool by running your ceiling fan counter clockwise to allow air circulation throughout the room. It's no secret that ceiling fans are more cost-effective than air conditioning units. Ceiling fans require very little energy to run, typically from 10-60w depending on fan speed. Ceiling fans can also be used in conjunction with pre-existing central air systems, which will allow you to get the most out of your energy usage.

In the winter months, run your ceiling fan clockwise to re-circulate warm air from the ceiling, eliminating cold spots and cold drafts. As heat rises, redistributing the warm air will allow your central heating system to work more efficiently, which can lower your heating bills by up to 10%.

Whether you want to accent your room with a decorative fan, save money on energy consumption or make a room feel cooler or warmer, ceiling fans can do it all.

You also don't have to worry about out-dated designs of ceiling fans. Our range includes modern styles along side traditional styles. Ceiling fans are also available without lights or with lights built in for added convenience and many designs have reversible blades so you can change the look and colour.

If you really like gadgets, take a look at the Fanaway which neatly folds the blades away when they aren't spinning! Check out the Fanaway ceiling fan.

How much power does a ceiling fan use?

The cost of running a ceiling fan will vary depending on which electricity tariff you're using. As a rough guide a fan will probably use £4.27 of electricity per year.

(To calculate this, we assumed that your electricity costs 13p per unit, and you use the fan for an average 3 hours each day at an average of 30w)